For the Love of Lilly 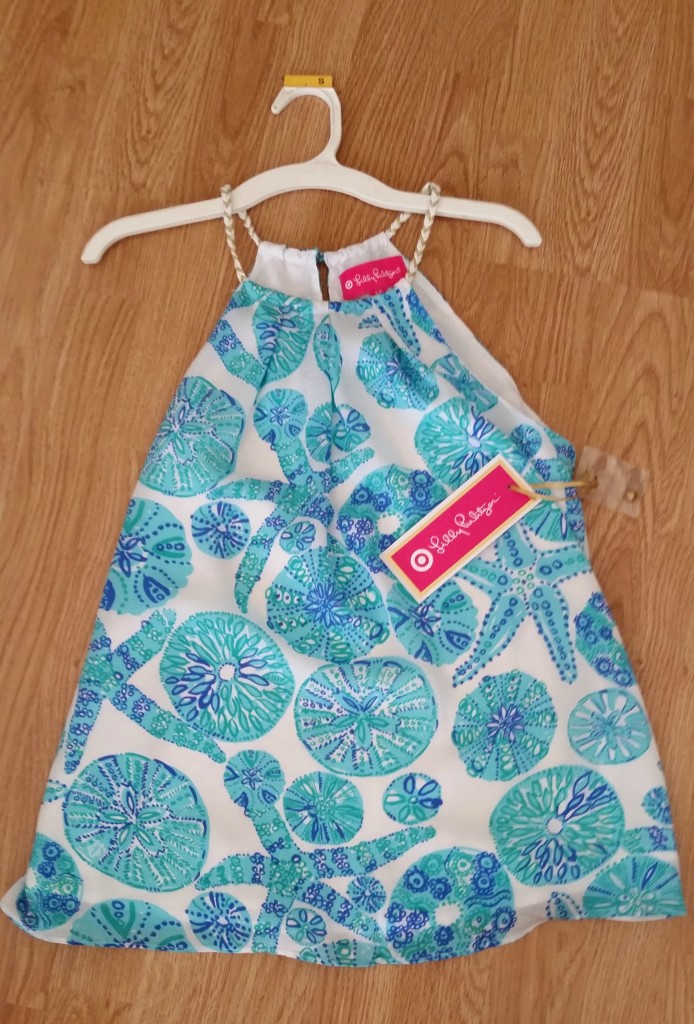 I got my myself involved in a preppy feeding freenzy, and all I got was this dumb shirt. Actually, I really like the shirt. And, I was really lucky to get it. Unlike a lot Lilly fans, I had fun at the Target Lilly Pulitzer free for all and have something to show for it. 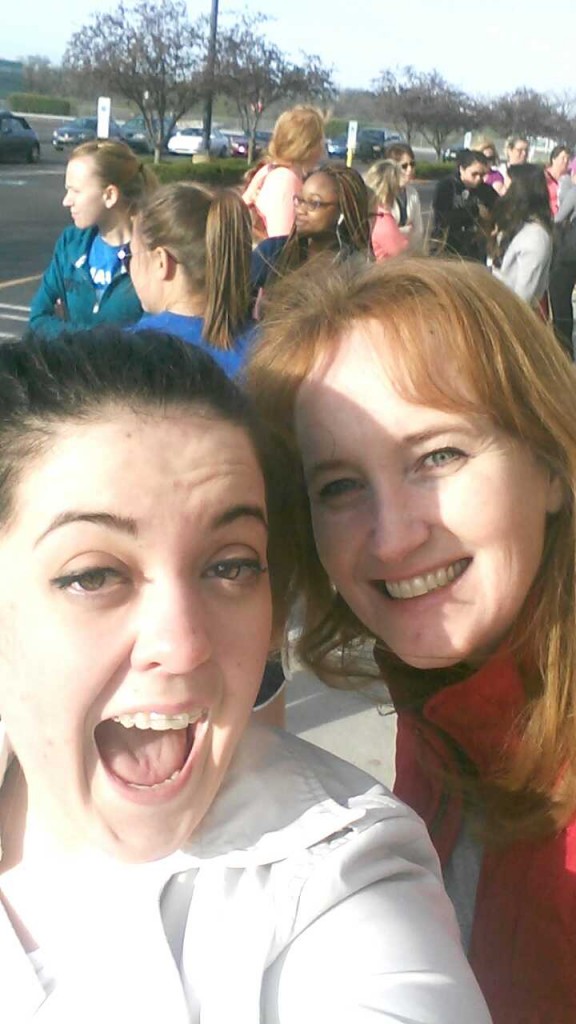 It’s all Cousin Courtney’s fault. She told me about it the night before. So, I didn’t have four months to plot and plan and get all worked up over the Lilly for Target Look Book and ad campaign the way many super fans did. I just heard we had to get up early (already there!) and that it would be competitive. It sounded like a retail yard sale. It was a special collection for Target and prices were super reasonable. Dresses $45., shirts $26.50. I have no idea what the normal stuff goes for (except high), and I have been playing around with the idea of being more fashionable. I was in. 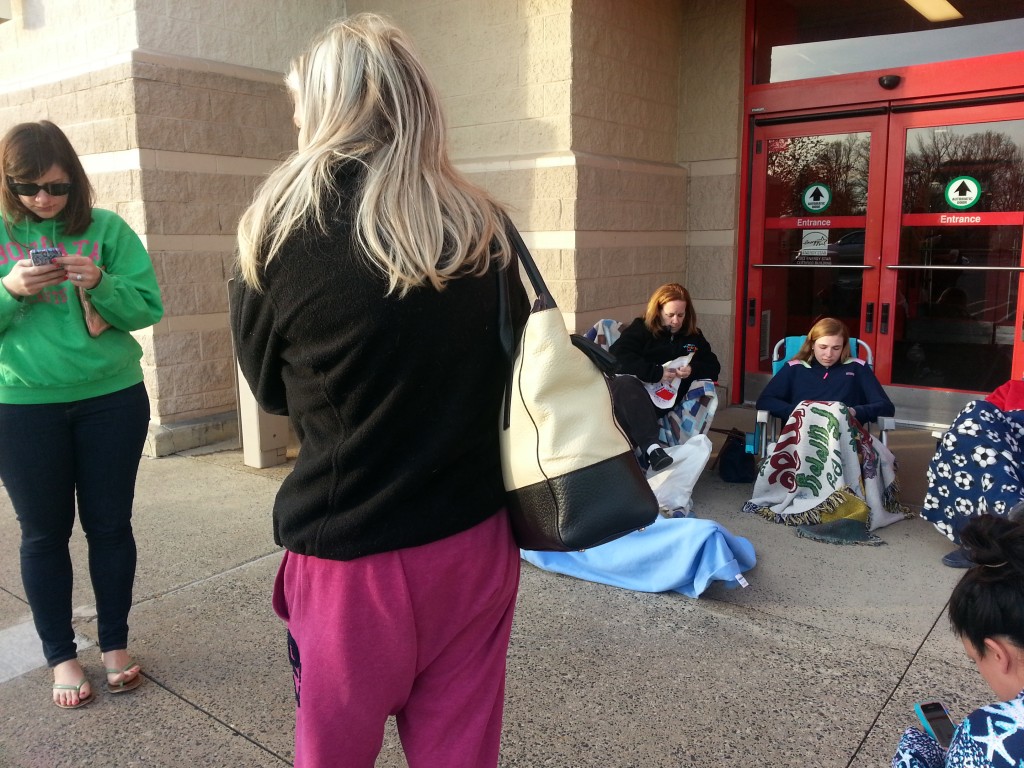 It only looked mildly intimidating at first. Some preppy gals in floral prints with cute flip flops or Sperry’s. A few camped out in lawn chairs. It was chilly. We got there an hour early and were number 10 and 11 in line. But the number grew to about 60, and the girl at the head of the line announced she was going to grab everything. Ouch. New level of mean girl, wearing pink and lime green print.

Because of the Look Book everyone knew exactly what they wanted, myself included. People were even discussing what they might pick up for other people. Sizing was a big topic, along with how serious the girl at the front of the line was ( turns out very). War stories were swapped about the annual Lilly Warehouse Sale. The Preppy Crowd was trying to determine how fast they could hit Lilly Clothing, Lilly Housewares and Lilly Accessories. I was trying to figure out how fast I could hit the grocery department and get out of there when all was said and done.

The Target employee guarding the door could work for Black Ops. He gave us no info. Finally, the doors open. Suddenly, the women from the lawn chairs are draped in tote bags. Someone from the back of the line jets to the back of the store. Where was Cousin Courtney? Where was I? 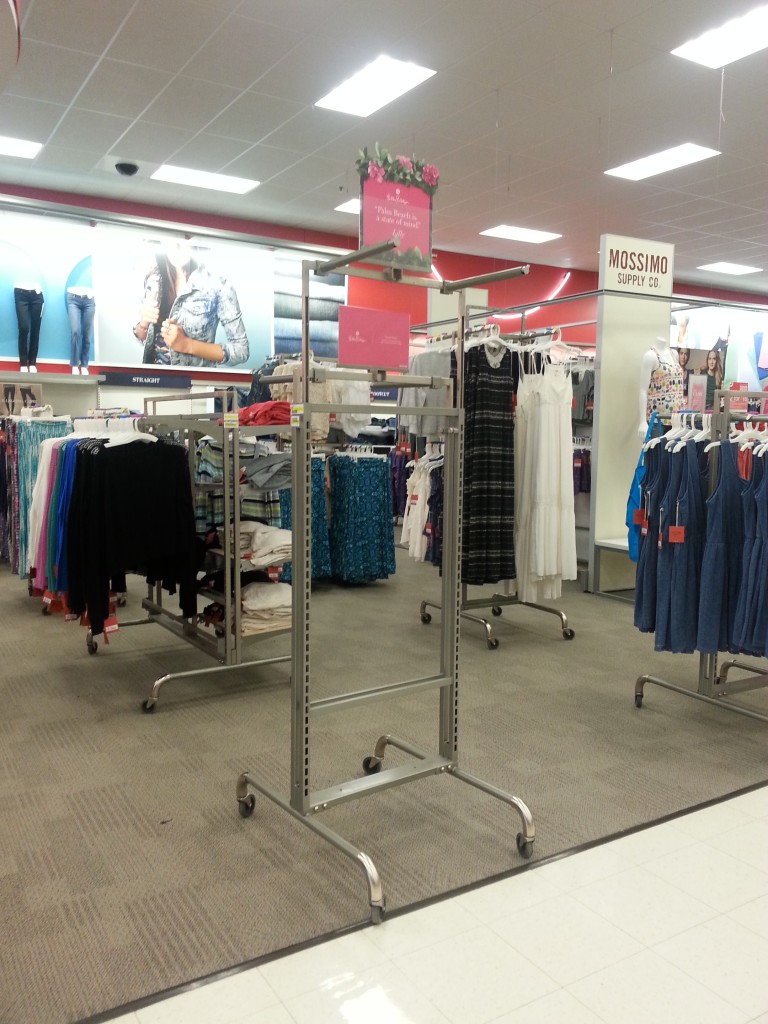 Turns out I was at one of two small racks of clothing, right in front of the shirt I was looking for. I wanted to move and strike out at other locations, but I have been burned at an Easter Egg Hunt or two. I stayed where I was grabbed two sizes of the shirt I liked. It was a free for all. Where was all the stuff? 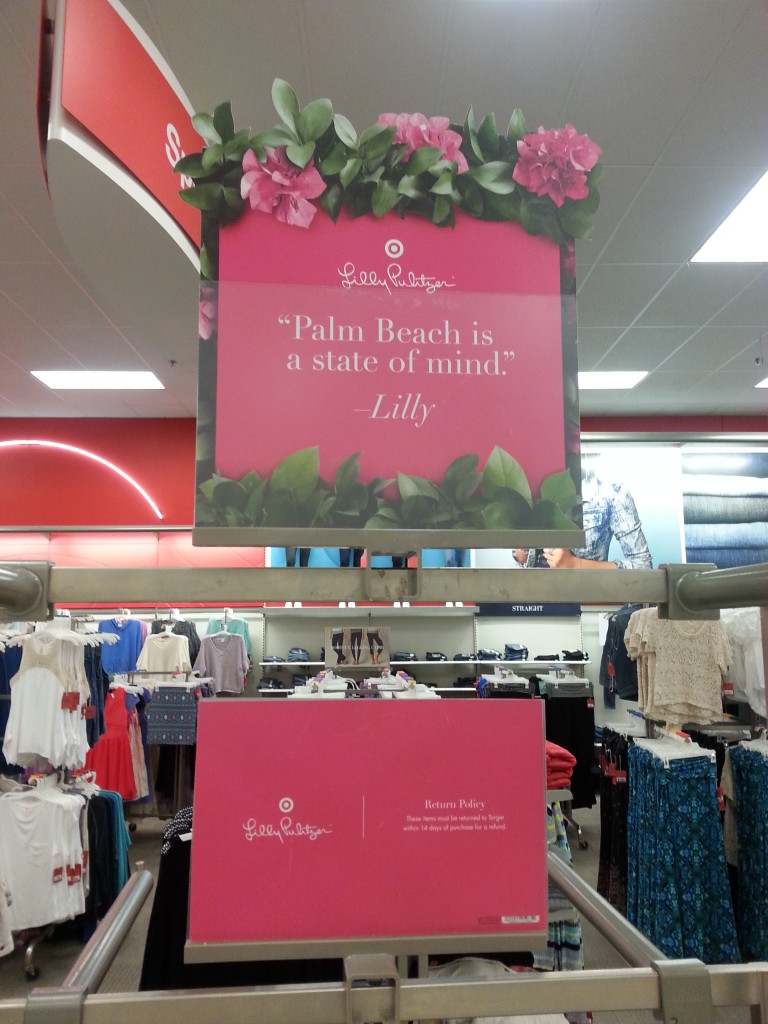 Turns out we all made a critical error by going to a smaller Target. We were right in thinking that there would be less people. We didn’t count on less merchandise. Lilly inventory was next to nothing. It was all gone in seconds. The people behind us definitely got nothing. Public service announcement: angry preppy’s are not fun.

I headed to the children’s department. (short girl secret, sometimes we can fit into the biggest sizes there). Scored a green and white jump suit in extra large. Headed to the dressing room that had a certain crazed edge to it. It all felt a little wild kingdom. The top worked out, the jump suit didn’t. Someone else nabbed it to sell on eBay. 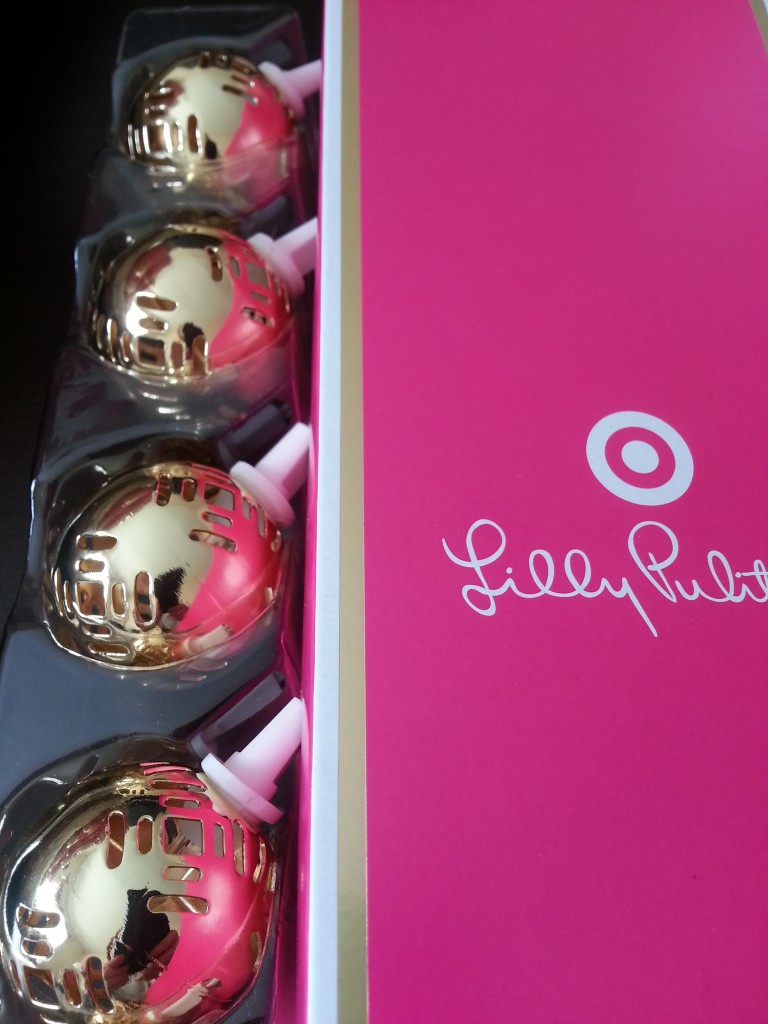 Then everyone was gone, and I found myself alone in frozen foods. What was that all about? I circled back through the store. One or two dazed Lilly shoppers remained, clutching shift dresses. I went back to the Lilly Home section. It was like looking at a carcass on a wild kingdom show. And then, there they were. The Lilly indoor/outdoor lights that will look perfect in Brenna’s room. Sometimes it pays to be a Christmas decorator all year round.