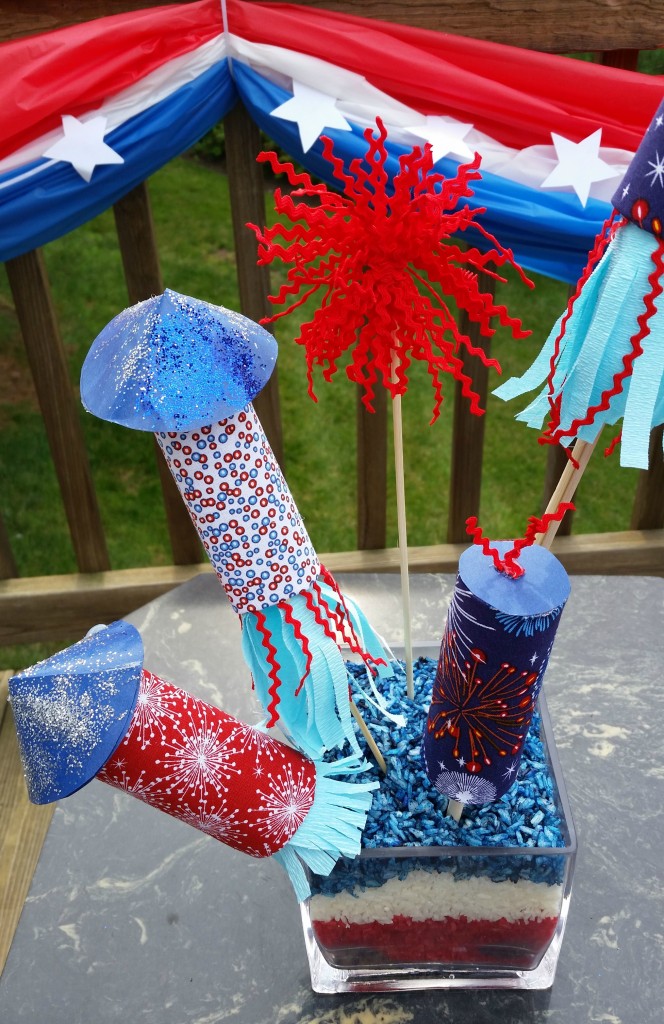 This one from pinterest always got me, and I always wanted to try to put my own spin on it. Finally, it came to me — the ric rac firecracker sunburst. You see it there in the middle?  It’s a supporting player, but adorable nonetheless. Sure, some people invent the internet or electricity. I’ve got the ric rac firecracker sunburst. And you know what? It makes me happy. 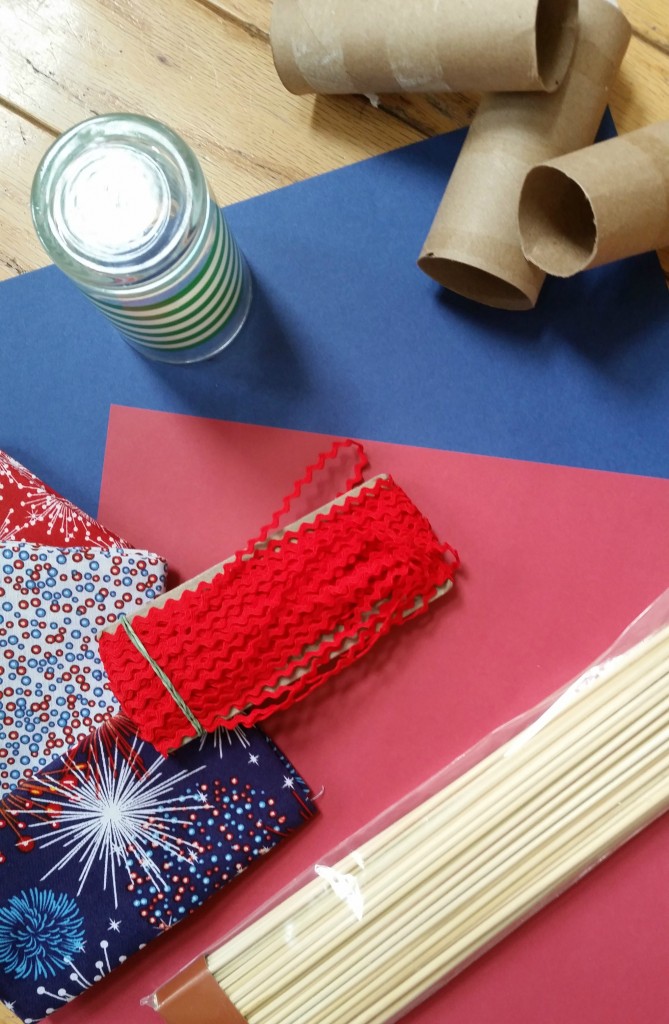 Quick ran around the house and found four empty toilet paper tubes. Not hard. No one in the place ever changes them out. The only thing we bought were the red, white and blue patterned fabric squares. We had the skewers, paper, small styrofoam balls, tissue paper, ric rac, glitter and rice. Because those things are staples, people.

The trick to the project is to glue the fabric to the tube, and then hot glue (on low) a styrofoam ball inside the toilet paper tube at the top. This gives your skewer something to attach too, as well as provide a foundation for the “hat,” or top of the firecracker. For the hat, trace a circle on colored paper, cutting one slit towards the center of the circle. Then make a cone with the paper circle and glue on top of firecracker.

To make the genius ric rac firecracker, repeatedly loop your ric rac. When you get about 15 loops on either side, tie in the middle with a knot. Cut all the loops. Hot glue to your skewer.

Now, we went over board and made a red, white and blue base of rice. If you lose your mind like us and want to do this, it’s one cup of dry rice, one teaspoon of vinegar and then add food coloring until you reach the color you like.  Let dry before you use.